The EOS Research Grants are awarded on the basis of scientific merit of the proposed research and the relevance to orthodontics.  Applicants are advised to focus on a specific project that can be addressed in terms of an hypothesis and two or three specific aims.  The research grants are announced annually.  The maximum grant available is £30,000.

The W J B Houston Memorial Research Scholarships are for fellowships to allow junior researchers to visit a research department. The maximum award is £90,000 i.e. £30,000 per annum payable for a period of three years.

Applications for the Houston Memorial Research Scholarship will be announced in the newsletters.

If the scholarship is not accessed within a period of one year from notification of an award, the funds will be withdrawn and included in the next round of applications.  The grounds for not taking up the award will be reviewed and future applications of those named in the application may be declined.

Click here for the rules for the WJB Houston Research Scholarship

The closing date for applications is 31st December.

The grants can cover:

The EOS does NOT fund:

Resubmission of a non-funded proposal is permissible in the next review cycle. Applicants choosing to resubmit may submit an additional single page summary of responses to prior reviewer critiques (if any were supplied) and a description of any difference between the original submission and the resubmission.

If the grant is not accessed within a period of one year from notification of an award the funds will be withdrawn and included in the next round of applications.  The grounds for not taking up the award will be reviewed and future applications of those named in the application may be declined.

The following documents must be printed, completed and signed

The Instructions for the Research Plan must be followed when writing the research plan.

The completed forms and research plan, in a single PDF with the applicant’s name in the title, should be submitted as an e-mail attached document to: admin@eoseurope.org

The EOS recruits and maintains a Grants Committee comprised of established investigators with the appropriate expertise to provide constructive and equitable evaluations of grant applications. The Committee may assign the proposals to external reviewers based on the expertise of the reviewers and the research area(s) of the proposal. Reviewers are required to keep the information presented in grant applications and the deliberations of the Scientific Review Committee strictly confidential.

The following criteria are taken into consideration when reviewing grants:

The Charles Bolender Award is an annual educational award and was presented for the first time during the 11th European Orthodontic Teachers’ Forum in Stockholm, Sweden, June 12th 2016.

It is an annual award to the value of 2000 Euros conferred by the Council of the European Orthodontic Teachers Committee and awarded at the European Orthodontic Teacher’s Forum each year. It is awarded for a teacher or teachers, involved with Orthodontic education, who have been identified with specific educational skills enhancing the delivery of specialist orthodontic knowledge to enhance the delivery of patient care. In the event of more than one recipient being identified the award will be distributed between the recipients.

We have great pleasure in offering this prestigious award, sponsored by DW Lingualtechnik.
The award is for €500,000.00 (€50,000.00 per annum for a period of 10 years). The award is available for either a prospective research project involving lingual orthodontics, or articles already published in relevant orthodontic journals. In the latter case the prize will be for the best three papers.

Applications are invited from both EOS members and non-members. The application deadline is 31st December 2022. To apply, email admin@eoseurope.org 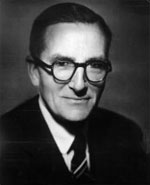 He was a diplomate of the Angle School of Orthodontics and was made an Honorary Fellow in Dental Surgery of the Royal College of Surgeons, England in 1948 and of Edinburgh in 1951. He was President of the British Society for the Study of Orthodontics in 1924, the Irish Dental Association in 1932, the European Orthodontic Society in 1935, the Odontological Section of the Royal Society of Medicine, London in 1949. In 1957 he was appointed to Honorary President of the Fédération Dentatire International

He was awarded the Villain Prize in Orthodontics, and was an honorary member of the BSSO and EOS. In 1960 the American Board of Orthodontics presented him with the Ketcham Award, the first recipient from outside North America to be selected for this honour

He published works on:

Migration of teeth but his main investigations were on occlusion

He read his first paper entitled ‘Occlusion. Observations on its development from infancy to old age’ at the First International Orthodontic Congress in 1926 and his subject for the Fifth Northcroft Memorial lecture in 1951 was ‘The development of ideal occlusion of the gum pads and teeth’.

After his death, the family of Sheldon Friel gave a bequest to the Society to be used to commemorate his services to orthodontics and to the European Orthodontic Society.

This honour is awarded by the Council of the EOS to a person who is an orthodontist, or who has interests associated with orthodontics, as recognition of past scientific achievement.

An honorarium of £3,000 is payable on publication of the lecture in the European Journal of Orthodontics. 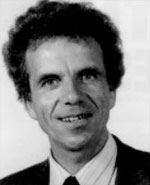 Bill Houston was born and educated in Edinburgh, Scotland. He obtained his first dental degree and FDSRCS from the Edinburgh Dental School .

His orthodontic training was undertaken at the Royal Dental Hospital, London where he was appointed as a lecturer and obtained his PhD. He became head of the department following the death of Professor Philip Walther, and in 1978 Dean. Following the merger between the Royal Dental and Guy’s Hospital, he was appointed head of the Department of Orthodontics and Paediatric Dentistry, United Medical and Dental Schools.

He was President of the EOS in 1988. His main areas of interest were growth and craniofacial development. He was involved in projects in Ecuador and Sri Lanka on patients with craniofacial anomalies and also collaborated on a number of European projects. He published widely on these and other subjects and had also written three books.

Every year, the interest from a trust, incorporating some of the Society’s reserves, is available to finance two awards, one for the best research paper and the other for the best poster, presenting the results of original, unpublished research, of a topic of orthodontic interest at the annual Congress.  The winners will receive an inscribed certificate and a prize of £2,500 (or the equivalent in Euros).

Applicants for these awards must have been members of the EOS for a minimum period of two consecutive years at the date of application. Those who wish to be considered for these awards must indicate at the time of abstract submission and also submit a paper on their research to the EOS office by the specified date. 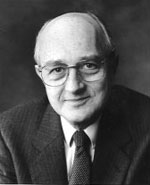 Beni Solow was born in Copenhagen, Denmark, and educated at the Metropolitan High School, Copenhagen. He qualified as a dentist at the Royal Dental College, Copenhagen in 1957 and as a specialist in orthodontics in 1964. He obtained the degree of dr. odont in 1966 for his thesis ‘The pattern of craniofacial associations. A morphological correlation with factor analysis study on young male adults. His main areas of research were cephalometric measurement, craniofacial growth, and control mechanisms in craniofacial development.

He was appointed professor of the Department of Orthodontics at the Royal Dental College in 1982 and held this post up to the time of his death. He was a Consultant to the Danish Medical Research Council and the Commission on Classification and Statistics of Oral Conditions, Fedération Dentaire Internationale.

Knight’s Cross of the Order of the Danebrog, awarded by Her Majesty the Queen of Denmark

Following the death of Beni Solow, an award was instigated to honour his outstanding work for the European Journal of Orthodontics as a member of the editorial board, referee and author. All papers published in the EJO during the preceding year are eligible. The Editorial Board of the EJO undertakes selection and the winner is announced at the annual Congress.

The award is for £3,000 (or the equivalent in Euros) together with an inscribed certificate.

All members of the editorial board (excluding the Editor and Associate Editors) select 10 articles that should be considered for the award. The Editorial Board are not permitted to select any article in which they are listed as an author.

The marks are collated and the 10 articles that receive the most with the most marks are then rescored under the following categories:

Following a kind donation to the EOS in memory of Francesca Miotti, an award has been instigated in her name.  A sum of £750 (or the equivalent in Euros), together with a certificate, will be awarded to the best clinical poster on display at the annual Congress.  This award is open to both members and non-members.

Up to five awards each with a value of £750 (or Euro equivalent), together with an inscribed certificate, are available for the five posters, identified by the committee of judges, on display at the annual Congress on any topic displaying the best information, presentation and research.  All posters on display are automatically eligible for these awards.

Posters entered for the Houston Research Award are not eligible for these awards. These five poster awards are also open to non-EOS members.

The Distinguished Teacher Award is given annually by the EOS, to a well known speaker/teacher in the orthodontic field to undertake two one-day lectures in different areas of Europe.  By organising this award, the EOS aims to contribute to the quality of the postgraduate programmes in Europe.  Travel, hotel accommodation and subsistence for the lecturer is paid by the EOS.   The EOS will also refund a sum up to €1,500 to the host university to cover the cost of any expenses in arranging the meeting.  An additional sum will be available for recording of the lecture.

Find out what events are happening in 2022

Find out about our grants & awards